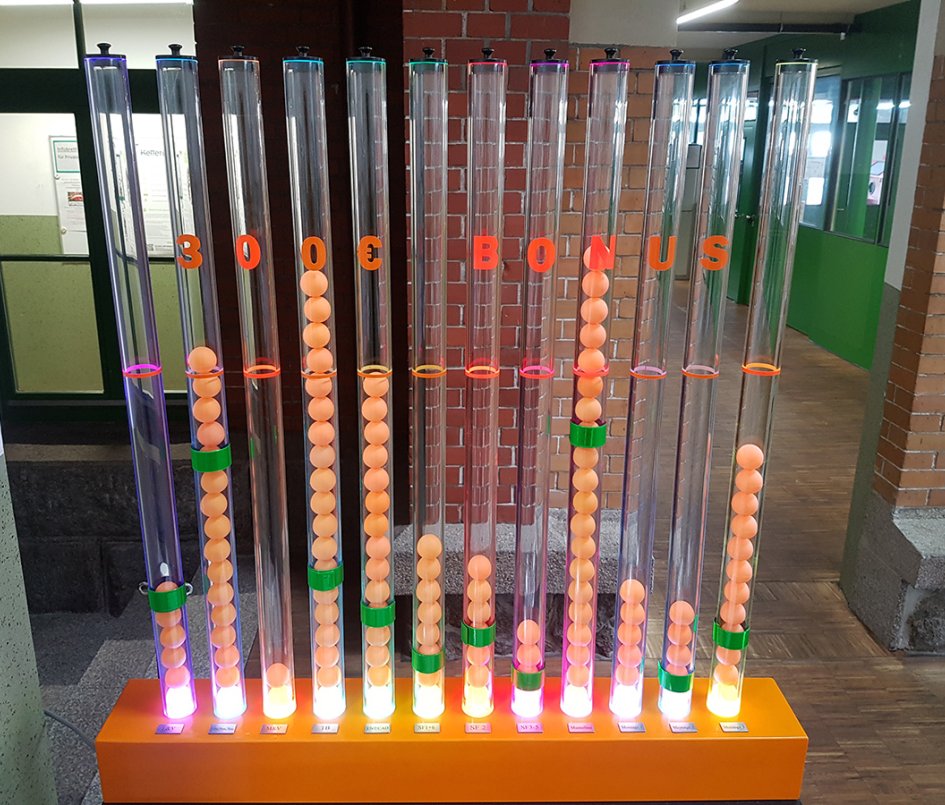 So everyone benefits from it

CIP (continuous improvement process) means the continuous improvement of product, process and service quality. Employees work independently in their departments and teams on ongoing improvements in their area of responsibility and in their environment. Many small improvements of all kinds are in the foreground. In order to achieve economic success from CIP, it is important to design and implement this process as part of the general corporate culture.

KVP was shaped by Toyota and the Toyota production system. Since the beginning of the 1990s, it has found widespread use in all companies with Lean Management and Kaizen. Because a company and its employees can only be successful if both are constantly improving.

As part of the CIP, a company suggestion scheme was introduced at Ketterer. It is intended to motivate employees to use constructive suggestions, the so-called CIP suggestions, to optimize their workplace and to contribute to improvements in the company beyond their usual work tasks. A suggestion for improvement is when an employee (or a team of employees, with the exception of foremen and department heads) submits an idea that aims to improve the current situation.

At Ketterer there are a total of 12 CIP teams. Each production and assembly island as well as prototyping and warehouse & dispatch each form their own CIP team. In the administrative area, development with prototype construction and CAD, marketing & sales as well as human resources & financial accounting and the technical office are each a separate team.

In the CIP proposals submitted, a distinction is made between CIP-1 and CIP-2. The difference is in the amount of what is changed when the improvement takes effect. CIP-2 proposals can change entire processes and procedures and are therefore rewarded much more extensively than CIP-1 proposals, which are rewarded with 20 euros when implemented. For an implemented CIP-2 proposal, the group receives 10% of what the proposal saves in six months. After 15 implemented CIP proposals, there is also a bonus payment of 300 euros.

At Ketterer, the bonuses are never paid out to individual people, but always to the CIP group. They should be used for joint activities in the group and thus strengthen the team spirit. Each group can decide for itself what actions these are. For example, one group used the award to finance a joint trip to Europa-Park.

The CIP bonus display invented by Ketterer for this purpose has 12 columns, one for each team. Thanks to the CIP display, employees can see the current status at any time. Who has submitted how many suggestions and how many have already been implemented. The orange balls stand for the submitted CIP proposals, the green ribbon shows how many proposals have already been implemented. After 15 suggestions have been successfully implemented, the group receives the bonus payment of 300 euros. The display is emptied and the process starts over.

Since October all employees (including foremen and department heads) have had the opportunity to submit product ideas as a CIP proposal. The ideas submitted are then discussed and evaluated in a panel of experts. Every idea that makes it onto the “Ketterer project board” is awarded a CIP-1 with 20 euros. Should a profitable project develop from a proposal, it automatically becomes a CIP-2, for which the team is rewarded with a correspondingly higher premium.